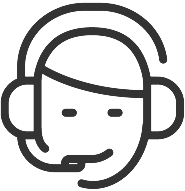 Abstract. American hip-hop slang is considered as a new linguistic trend. Slang being an indispensable part of the hip-hop music has been developing and changing alongside the genre for about 30 years. It originated from African American English and is now spread throughout the US. This article focuses on the importance of slang and its current presence in the lives of teenagers and young adults through social media. The study has revealed that some of the most widespread slang words stemming from the American hip-hop scene have found their place beyond the English-speaking world in Russia.

The emergence of innovative linguistic trends is, to a large extent, connected with the musical realm. The hip-hop genre has had a significant impact on the development and spread of slang words. Expressions linked with the hip-hop language are seen as a new developmental tendency of the language.

The phenomenon of slang itself has a relatively recent history. Its status has undergone tremendous changes in the last couple of decades. Until the beginning of the 20th century, it was unacceptable to use slang expressions in even semi-formal texts. Nowadays, their use is viewed as having a humoristic undertone and adding new colors to a language. Previously unless a writer put a peculiar expression in a book or it appeared in a dictionary, it would not have survived the march of time. Today, songs, among other things, preserve a high amount of linguistic peculiarities of a particular timeframe.

The intense integration of slang words and phrases into the lyrics is one of the features of 21st-century hip-hop and its subgenre rap. Hip-hop has been at the peak of popularity for the past 30 years. The hip-hop language is unique and has its origins in African American English [1, c. 519]. Especially in rap, we see a variety of examples of informal speech. Rap artists combine multiple, diverse rhyming techniques, such as internal, multisyllabic, and perfect/imperfect rhymes. The high-density word lines thrive on colloquialisms and slang words. Such words stem from informal speech, predominantly that of teenagers and young adults. Some argue that a range of slang expressions has not existed pre-hip-hop and largely depends now on the popularity this music genre has. This article focuses specifically on rap artists and their linguistic influence on society.

With the emergence of the global Internet, information flows have reached incredible speed. Now with new forms of media, popular tracks reach wider audiences and go even beyond the English-speaking world. Especially those songwriters who gain international support partake in determining the direction of linguistic developments by choosing which words to use. There is an interplay at hand between new slang trends emerging in subcultures, them establishing themselves in the spoken language, and musicians introducing them to larger parts of the society. [4, c. 364-365]

Even more impressive is that the linguistic peculiarities of famous American artists that are mirrored in their creative work reach their counterparts in other countries. For instance, in Russia, Germany, France, and Latin America, we see the extensive integration of American slang into song lyrics in their respective languages [6, c. 96]. What is more, by listening to foreign American rappers, the youth begins to use specific expressions in their everyday speech.

It seems as though being from different language branches or even language families does not hinder young lyricists and listeners from borrowing terms from English. We also currently develop linguistic word alternations at a fascinating speed. Such social platforms as Instagram, YouTube, and TikTok enable users to pick up a new word or phrase practically overnight.

PURPOSE OF THE STUDY

This survey aims at determining a list of slang expressions, which are widespread in the United States and found their place in the creative work of famous singers. Furthermore, it seeks to examine how they emerged and how well-known they are outside of America, namely in Russia.

Slang asan area of research has previously been examined from a sociolinguistic point of view by the following authors:

The current study is based on the comparison of a number of linguistic studies on hip-hop artists, their songs and the slang elements in them [2, 3, 5]. To determine the popularity and spread of slang words we used a website called “The Pudding”, the creators of which analyzed about 50 thousand songs of the top 500 charting artists on Billboard’s Rap Chart [7, 9].

For determining the impact the slang expressions have on the Russian-speaking audience, we used a survey technique. The basis for the questionnaire processing lies in the method of statistical analysis.

In order to correctly understand and interpret the lexical units of modern hip-hop as part of the lexical system of the American national version of English, you need to have a certain national-cultural model of the language picture of the world of native speakers, which in turn has a number of features of a system-wide, pragmatic, linguistic and model-forming nature. The main problem of understanding and translating national-cultural vocabulary is that many lexical units of the source language do not have equivalents in the target language [8].

This study has revealed the most popular and spread slang words by using the lyrics of famous artists. We selected American singers who are well-known beyond the USA and whose careers are at the top of the Billboard list. Initially, the slang that we covered gained popularity among the American youth. Later, it found a reflection in the music, especially in the hip-hop and rap genres. Thanks to famous artists, some of the slang words from their songs became recognizable all around the world. Even foreign singers implement American slang rapidly and vastly. Given the frequency of the slang terms in the songs, they have settled in everyday usage and become common words for younger generations.

Slang words constitute a major part of English usage in modern society. These words are divided into various types such as Cockney Slang, Slang in Public School and University, etc. [5, c. 54]. Furthermore, slang can be classified by its historical and lexical formation throughout the years. Examining it from the viewpoint of formation there are three approaches to creating a slang word that appear most often. The types of word formation are the following: (1) clipping one or two morphemes (e. g. ‘em – them, signin – signing), (2) blending (e. g. y’all – you + all, outta – out of), and (3) coinage (e. g. ‘n – and, whateva – whatever). In the aforementioned cases the meanings rarely change. [2, c. 61]

Another popular way how new words emerge is through abbreviation. The first letters of each word are combined in one short letter sequence and enter into everyday usage. Furthermore, we see in slang sets of numbers: different combinations of digits that in short describe a situation. Some examples come from the police, where police officers have their code language.

Below we listed in alphabetical order some of the most spread slang expressions, their meaning [10], and examples in songs [8] written by Migos, Eminem, Drake, and Kendrick.

Table 1. A list of most spread slang words, their meanings and examples.

Based on the words listed above, we conducted an online survey among bachelors at the RUDN University. It was aimed at investigating how familiar a certain age group is with American slang terms that found their way into popular songs. The survey proved that the chosen audience is vastly familiar with modern slang terms. Overall, the students know the words and their definitions.

The respondents knew 7 expressions out of 10. This implies that the words have more or less successfully been integrated into the Russian music industry. They are easily recognizable by the youth that uses them in different spheres of life. However, the survey has shed light on some slang words that cause difficulties in understanding. The students had trouble correctly choosing the meaning of three slang words: chedda, bando, and finessing (so.). The latter expression is relatively new and is used by rappers that only recently gained recognition in the industry. It is typically only used by the younger generation of trap rappers.  The confusion around the first two can be partially explained through the misleading associations the terms have in common English usage.

It is characteristic of slang to change. Words come and go, and many disappear from a language without a trace. However, now due to digitalization, we can record and save an incredible amount of songs produced. Being an indispensable part of the hip-hop scene, the slang will continue living in the lyrics and the numerous records. That makes it unique because in the pre-digital age many smaller musical movements have passed by unknown.

Hip-hop continues growing in popularity and will certainly be considered classic decades later. As new generations rediscover the most enjoyed songs of our time, hip-hop might experience a revival of the by then “classic” hip-hop culture.